2021/03/17
In the processing of high quality granular fertilizer, NPK production line directly granulates different fertilizers. In the process of organic fertilizer production, fermentation needs to be carried out first, and the fermentation process takes 45-60 days. In this process, the temperature should be raised first to eliminate pathogenic pathogens and some harmful microorganisms in plants, because these products have certain harm to plants and produce, and the metabolites are also unstable and not easy to be absorbed by plants. In the later cooling period, microorganisms will undergo humus of organic matter, and produce a large number of metabolites beneficial to plant growth and absorption.

In the high temperature stage, thermoactinomycetes and thermogenic fungi become the main species. They strongly decompose the complex organic matter in the compost, accumulate heat, and the compost temperature rises to 60-70°C, even as high as 80°C. Immediately, most of the thermophilic microorganisms also died in large numbers or entered a dormant state.

The cooling stage of compost fermentation:

After a certain period of time, most of cellulose, hemicellulose and pectin have been decomposed, and the complex components and newly formed humus which are difficult to decompose are left. The activity of microorganisms is weakened and the temperature gradually decreases. When the temperature drops below 40 ℃, the mesophilic microorganism becomes a dominant species. 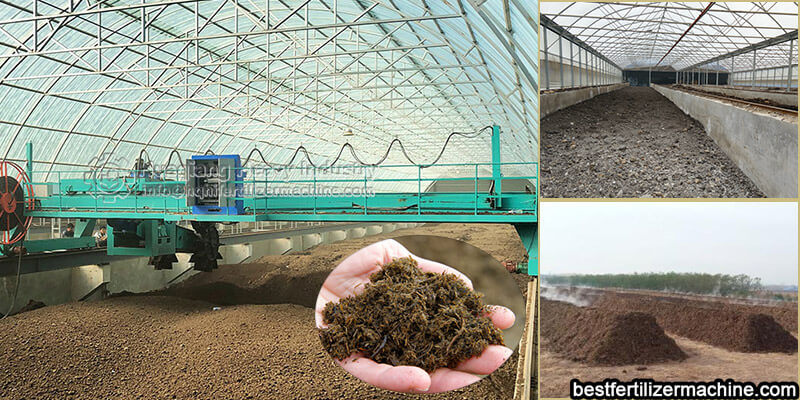 After the compost decomposes, its volume shrinks and the compost temperature drops to slightly higher than the temperature. At this time, the compost should be compacted to cause an anaerobic state and weaken the mineralization of organic matter to facilitate fertilizer preservation. The decomposed compost can be made into high-quality fertilizer pellets with a fertilizer granulator.