2020/04/16
Disc organic fertilizer granulator machine is a family member of fertilizer equipment, which plays an indispensable role in the production of spherical granules. There will be some problems in the use of the disc granulator. So, what problems will occur, how can we eliminate these problems? 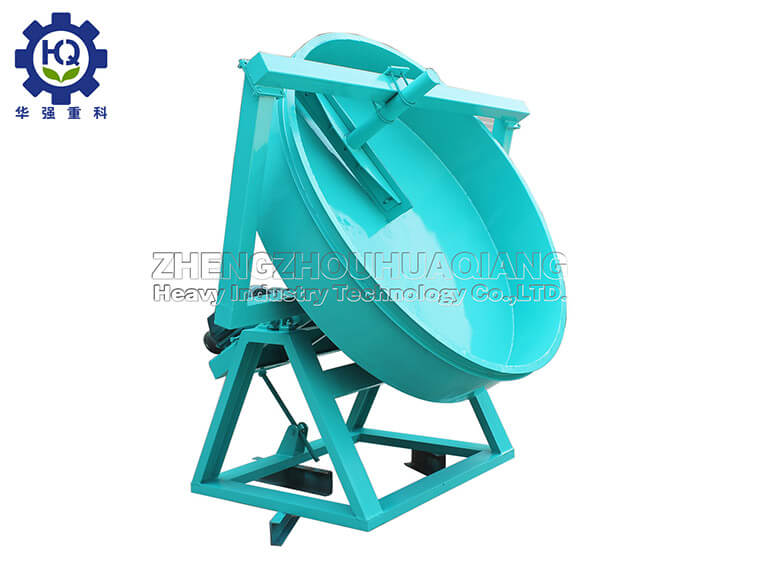 First, the disc tilted excessively. The more problems encountered in the use of disc organic fertilizer granulators are the grasping and adjustment of inclination. In fact, there is no specific parameter for your reference, but it should be based on the formation of spherical particles. The adjustment measures are to adjust the bolts at the bottom of the disc to change the position and angle of the reducer to achieve the purpose of normal use.
Second, molding is difficult. In addition to the subjective factors of the raw material composition, the spherical particle forming of the disc organic fertilizer granulator is in addition to the subjective factors of the raw material composition, the fineness of the raw material, the water content of the raw material, the addition of the auxiliary binding component, the angle of the disk operation, the speed of the disk operation, etc It is also a problem we commonly encounter. According to the reasons for the above problems, and then make some improvements, we can reach our expected value.
Third, the particles are not uniform. This problem is a common problem in the single-machine operation of the disc organic fertilizer granulator. The treatment of such problems is generally divided into two parts. One is to improve the moisture content, and the other is to control the size of the shaped particles. Then, after drying and sieving, we narrow down our selection.
Fourth, intermittent operation. Such failures of disc pelletizers are generally caused by broken bearings, weightlessness of the disc body, and abnormal motor voltage. Shun vines, timely maintenance, can quickly eliminate the operation failure of the disc granulator.

Next:Advantages of tooth stirring granulator in granulation of organic fertilizer